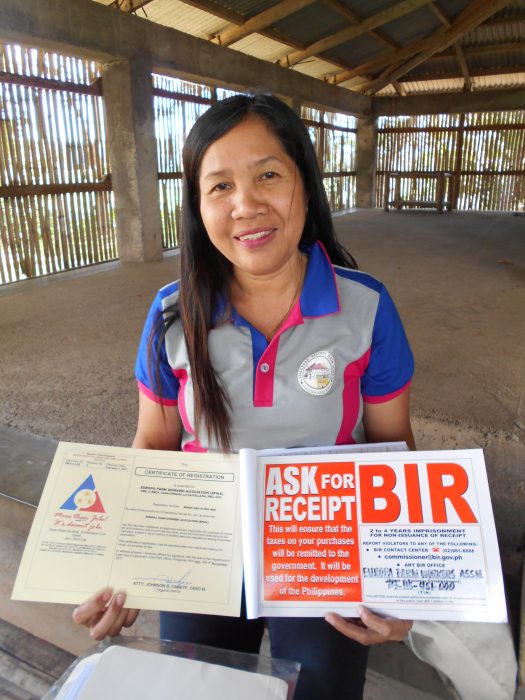 Although Rhona’s savings group in Bacolod has only been running for two years, it has become hugely successful. The group, established during Transform, began by selling detergent powder and dishwashing liquid and then later transitioned into selling rice and fertilizer. Extending loans to its members is one of the group’s main functions, vital in a bankless community.

Rhona, 48, runs her own business as well, a cellphone and motor parts shop. She credits ICM’s savings group training in helping her improve her business skills as well as learning how to deal with different kinds of people. On top of the knowledge gained, the savings and interest that she and her fellow members collect every six months is a big help during emergencies or lean times.

It is no wonder that the savings group has more than doubled in the last two years. Originally thirty members, it has expanded to include 64 people. Rhona believes that this is due to the strong relationships formed. “The people in our neighborhood saw how well organized the savings group was and how supportive our members were to each other and to the business. That is why a lot of them were interested in joining us,” she explained.

In the midst of life’s uncertainties, this savings group is offering opportunity for economic growth for those in need of financial support. Rhona adds, “We continue to flourish through unity and hard work.”