When Bill Ng participates in the 5i50 Olympic Distance Triathlon in Subic Bay, The Philippines on June 24, 2012, he’s competing to save 50 lives.

Bill, who has two sprint distance triathalons under his belt, will be completing an Olympic Distance triathlon, which is double the distance of a sprint – 1.5km open water swim, 40km bike race, and 10k run. He’s doing the work – and asking friends and colleagues to reward his hours of training by donating to ICM’s Malnourished Children Outreach (MCO) program.

Bill is aiming to raise $51,500 – which will allow 50 underfed children the opportunity to participate in ICM’s four month MCO program. “Ihave set a goal to raise HK$51,500 — that is, HK$1,000 for every kilometer that I will race and finish. Every kilometer I conquer will pave the way for one malnourished child’s journey towards a healthier life.”

ICM partners with local government officials to identify fifteen severely underweight children in each community and provides them with a nutritious meal each day. At the end of four months, two-thirds of these children will have increased their weight by at least 15%, the threshold recommended by UNICEF. (www.caremin.com)

Bill’s endurance threshold has increased since he began seriously training. “In January 2012 I joined a local Triathlon club and began re-learning to swim, bike and run. I have lost 10lbs, my blood pressure has done down and my energy levels are way up and I feel fantastic. This is the best shape I’ve been in, in years!

“What I am learning, however, is how to economize my energy and strength across multiple disciplines over long periods of time. For me right now, that means improving my stroke efficiency in the water, my power and speed per pedal push on the bike, and my cadence on the run.  Based upon my latest race, I guess I’d say my bicycle leg is the strongest right now – I crushed my previous time by 5 mins reaching a max speed of nearly 40kph.  If only I could run and swim that fast!
–
Bill’s being modest…we happen to know he recently shaved a massive 35 seconds off his 500m swim time-trial.Wisely, Bill isn’t going into the race looking for a time to beat. “This will be my first Olympic distance event so my goal is to not “blow-up” on the course and run out of energy before the finish.  It’s not just swimming, biking, and running as fast as possible – it’s also about conserving energy when necessary and making sure your body has enough fuel, liquids, electrolytes, and energy reserves to complete the entire race. In the end, you’re racing yourself and it’s as much a mental game as physical.Bill is also retaining his perspective. He’s competing a triathlon, but in raising money for malnourished children, this is more than a race. “I’m most looking forward to the finish line, the joy and relief one feels after completing a hard effort, and the satisfaction of knowing that I’ve helped change the lives of those less fortunate through the support and donations of friends all over the world.
–
Please visit http://www.simplygiving.com/bill515 to support “Triathlon Bill” as he runs, swims and pedals children towards a healthier life.  Thank you Bill, for using your talents to bless others! 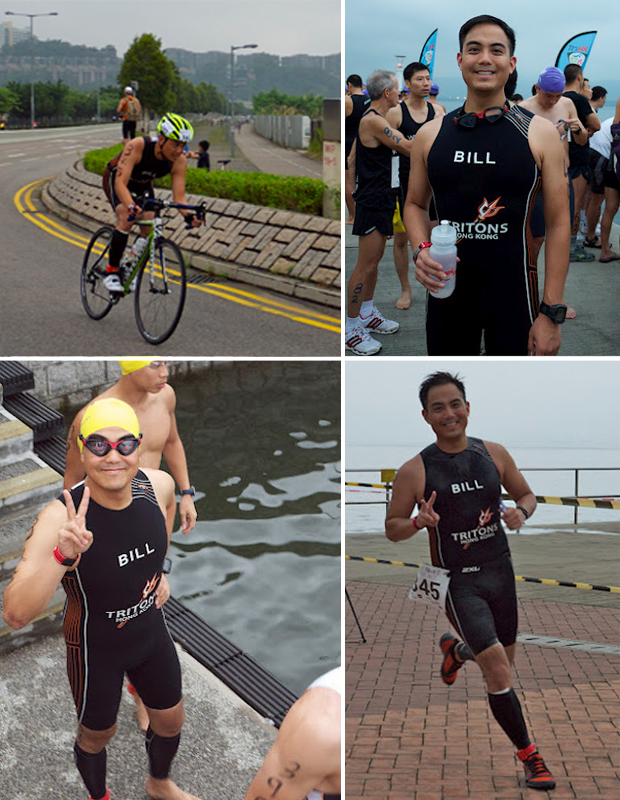