For 53-year-old Diomedes, life has been one challenge after another. Born into a poor family, he had to drop out of school at a very young age to earn a living. When he started a family, his first son was born with special needs. In 2010, a live wire electrocuted him left him experiencing shortness of breath and heart palpitations even years later. Then he developed cataracts that stopped him from working, leaving his family without a steady source of income. 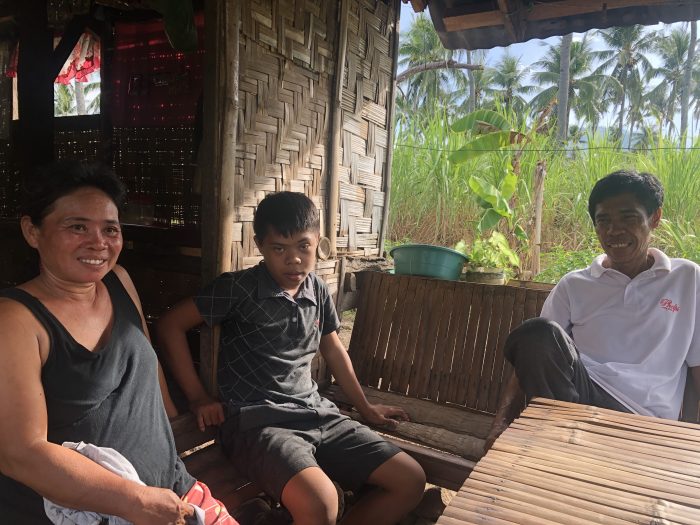 As if all that hardship weren’t enough, Typhoon Odette left a path of devastation through their community, leaving homes and farms destroyed in its wake — including Diomedes’ home and vegetable farm.

In the days after the disaster, Diomedes received food packs and bottled water from ICM’s Dumaguete base. When invited to the Recover Program, he readily joined, especially looking forward to what he could learn from the trauma healing sessions. 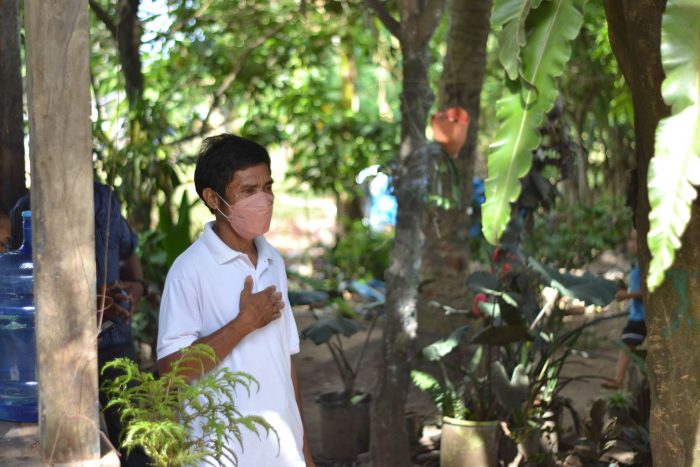 Despite his willingness, Diomedes had an anxiety attack during the first session. He shared, “I don’t remember any of it, but my co-participants and the trainers told me I had a seizure.” He said that he has had this kind of attack many times since being electrocuted.

But still Diomedes persevered, and eventually he learned to manage his emotions better. “I had newfound friends who willingly listened to my stories, and I was able to learn from other people’s stories too.”

Besides the emotional recovery, the program also helped Diomedes recover financially. His savings group members had stopped contributing money after Typhoon Odette, but through Recover, they decided to start a business selling detergent. He used his individual cash grant to pay for his family’s daily necessities and his children’s studies. 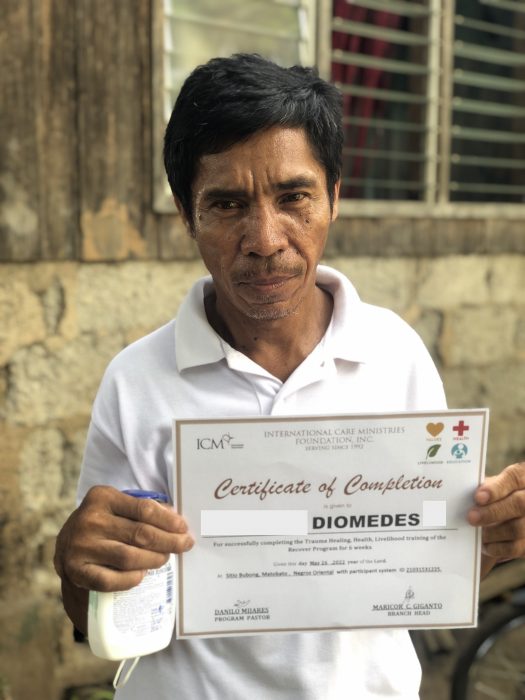 As he reflected on what he had gone through in his life, Diomedes mused, “I felt like I was incapable of recovering from life having this state of physical health and eyesight. After Typhoon Odette, I felt so sorry for myself because I couldn’t even help and provide for my family like I used to. But, I learned that God still has plans for me and my family. I began dreaming again for my household and appreciating the second life that was given to me.”May we all have an appreciation of the life that was given us and keep on dreaming, believing, and hoping for a better tomorrow. And like Diomedes, let’s keep on moving forward!