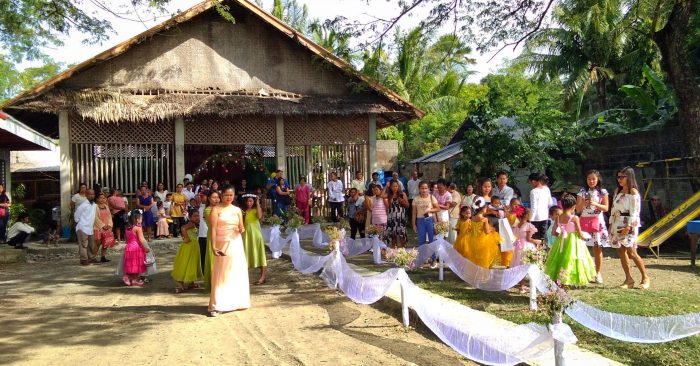 Transform equips participants to build stronger relationships, which for some, translate into stronger marriages. In a dumpsite in Iloilo, love was in the air. Nineteen brides, sixteen of whom were Transform participants, were given the opportunity to finally walk the aisle, making their unions official in a mass wedding ceremony put on by ICM.

These couples make ends meet by sifting through mounds of trash at a dumpsite to find anything of value. The high cost of the official paperwork and the ceremony made getting married seem impossible. The couples were eager to marry, especially considering that most Filipinos are required to submit marriage certificates along with their children’s school applications. 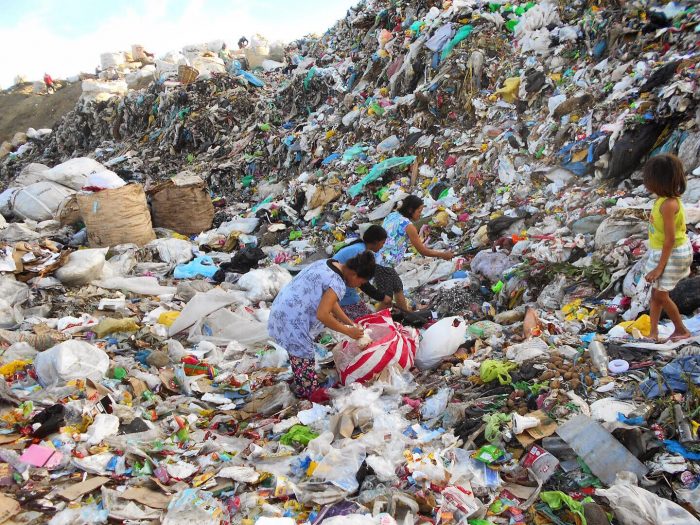 ICM covered the cost of the ceremony and paperwork. Some of the brides wanted to wear real wedding gowns, but these ultrapoor couples didn’t have the money to buy new dresses. Amazingly, eight resourceful brides walked the aisle in shining wedding gowns they had gotten without spending a single cent!

Lorelie wore a gown that her cousin found in the trash pile. “I borrowed it from her. And last January, I also found a pair of shoes, slacks and barong (traditional Filipino shirt) that fit my spouse.”

“Maybe this is God’s provision,” R-Jay, Lorelie’s husband commented. “We have been planning for this for so long!” 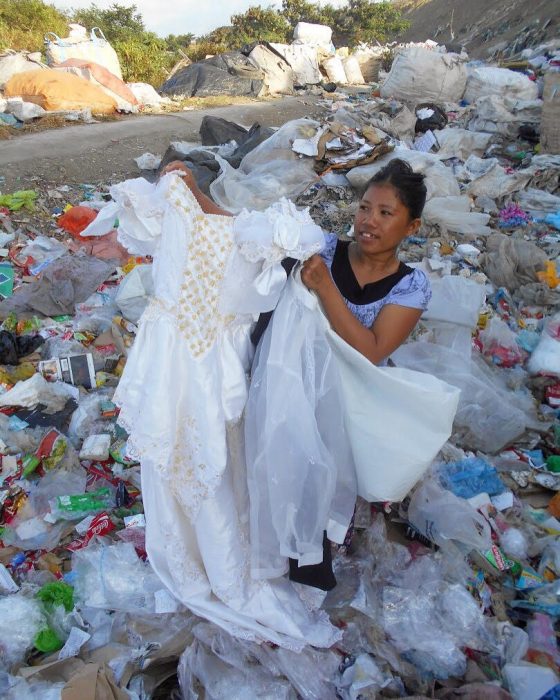 24-year-old bride and mother Neriza had long wanted to marry her common-law spouse, Joven. When their first child was born, the couple started raising a pig to be sold to fund their wedding. When Neriza got the news about ICM organizing a mass wedding, she was so excited that they were able to save that money.

Neriza wanted to keep it simple—just a plain dress for the occasion. Her friend, Joan, also a Transform participant, encouraged her to dress a bit more nicely for the ceremony. “Joan found a gown two days before the wedding and washed it so I could have my own gown, “ Neriza said.

Maria Theresa found her gown in September last year and was saving it for her daughter’s eighteenth birthday, but then she decided to wear the dress instead. When she found it was too small for her, Transform counselor Aida came to the rescue and altered the gown to fit.

The mass wedding was held in the Jesus is Light and Hope Community church on January 19 in Mandurriao, Iloilo City. Reverend Edgar Quinoviva, ICM Pastor Coordinator officiated the nuptials, and it was witnessed by many ICM staff.

Congratulations to the happy couples! They found their very own silver (and glittery!) lining in the midst of their bleak surroundings at the dump. 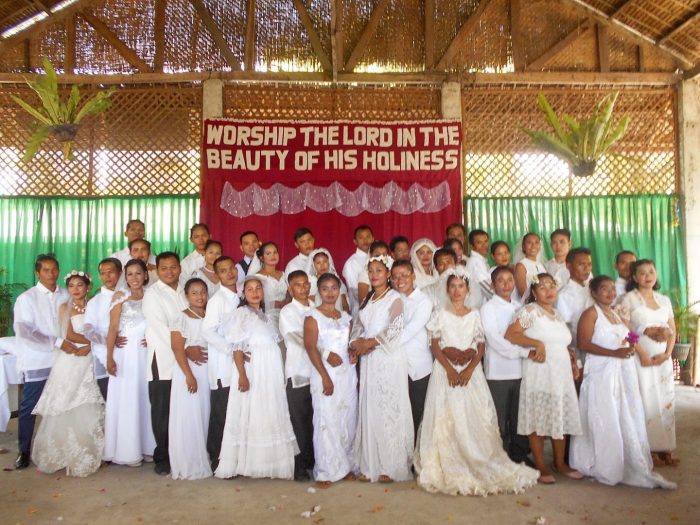