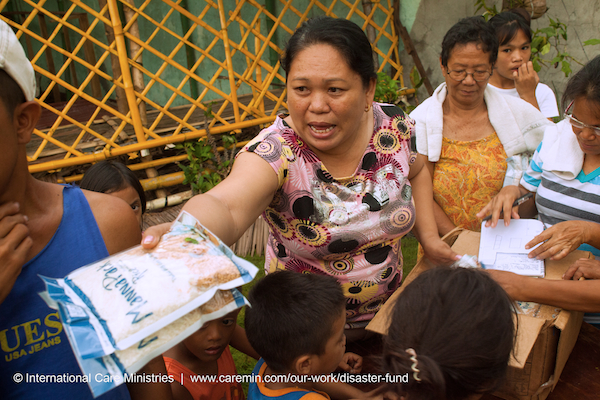 In the days since the Philippines was devastated by Typhoon Haiyan, ICM has risen to respond to the needs of the victims. With three out of eight ICM regions part of the affected zones, we have been able to deliver immediate aid to the needy, and are beginning to implement longer-term strategies that will help rebuild communities.

ICM Chairman David Sutherland landed in Negros Occidental yesterday morning, a province that was heavily hit by the typhoon. He brought a team to deliver food and water and assess the damage. ICM has 2.5million meals on the ground in the Philippines, with tens of thousands already distributed. “We saw a number of homes that were destroyed by the typhoon,” describing the situation as “shocking”. 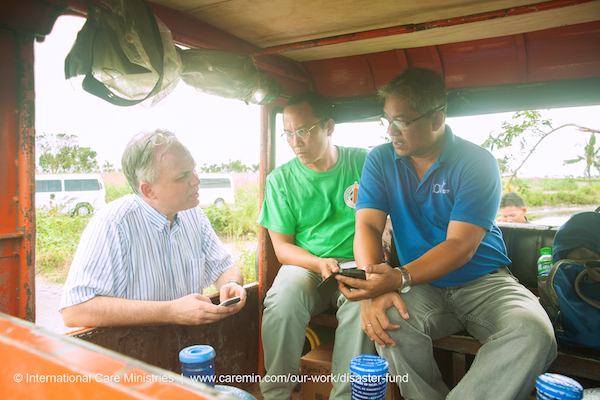 Some houses in this region were spared from the destruction because of the bravery of local men. Staying in their homes while their wives and children evacuated, these men put themselves at great danger. Many tied their homes to the ground with rope and pegs, and managed to save them. But still thousands of families in the region have lost their homes. 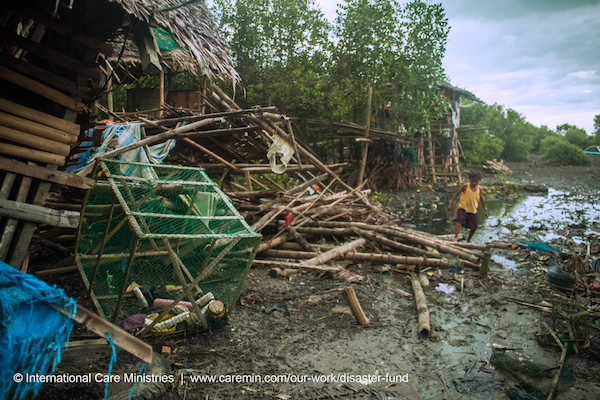 ICM teams have been going out every day this week to deliver food, water, medicine, and also talk to the local communities about how we will support them in future. Pastor Dan, Area Head of Negros Occidental explained the ongoing need for food and water; “Most of these people are fishermen and their boats have been destroyed. Or their nets need repair. So many of them have had no income since the storm and are very hungry.” 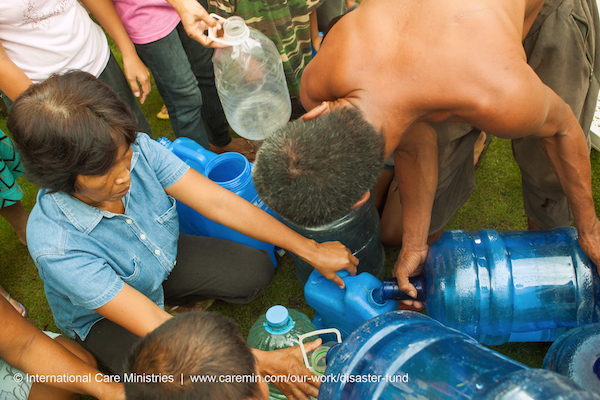 Besides the lack of food, many communities’ water supply has been cut off. The deep wells where locals draw their water rely on electricity, and with no clear indication whether power will be restored before January, people are desperately trying to find clean drinking water. ICM is exploring the idea of using generators to power wells. One small generator could bring water to an entire community.

As David and the group left the community, it started to rain again. Michal, ICM’s videographer describes the situation “As we were running towards our van to get shelter from the storm, I couldn’t stop thinking of those who won’t have a place to hide tonight.”

Immediate help is still very much needed, but ICM does not want to forget about long-term answers to the daily struggles that hundreds of thousands of people face. “Lets not forget about the Filipinos when the media attention dies down,” says Michal. Please consider partnering with ICM today and donate to our Disaster Fund – www.caremin.com/our-work/disaster-fund