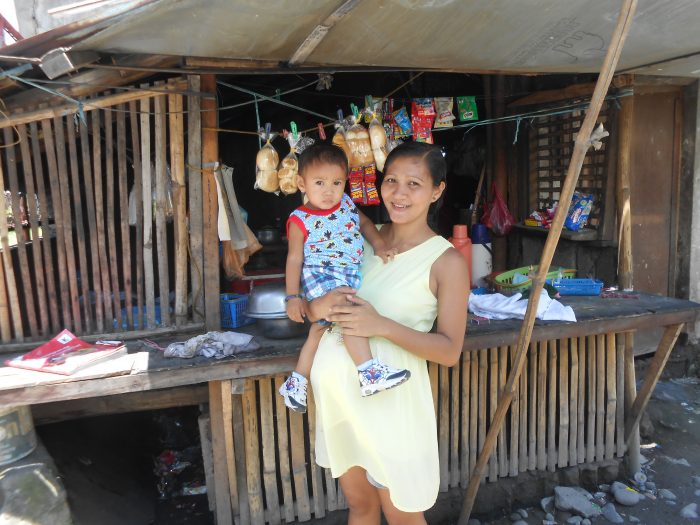 Dona, a housewife in Bacolod, became worried for her young son when he didn’t seem to be gaining the proper weight for his age. “When he was around 7-months-old, we noticed that he was really thin. His weight was really light, so light. We went for a check-up but felt like the doctor was in a hurry,” Dona explained. She followed the doctor’s advice and bought vitamins for Alexander but saw no improvement.

Her family had meals twice a day, but Alexander was not interested in food. After just a few tablespoons of soup, he would refuse to keep eating. She tried to think of other kinds of food to give him and other ways of cooking it, but nothing seemed to tempt him. He became skinny and irritable, always crying or fussing.

When Dona joined the Transform program, the health trainer talked to the participants about malnutrition and weighed all of the children. Alexander was flagged as malnourished and enrolled in the program. Thankfully, he didn’t mind eating the food packs they received from the health trainer, and Dona was overjoyed to watch her son gaining weight. Not only did he physically grow stronger and more active but he threw fewer tantrums and was much happier than before.

“I am so happy that through this means we received help. It is my greatest joy that my son recovered from malnutrition.”

Thank you for your support of ICM in the fight against malnutrition!