Growing up with ICM – Every Kid can make a Difference

ICM’s 2007 banquet was the beginning of Stella, Joel and Jacob Schapero’s involvement with ICM.  Stella and Joel realized they wanted to get their family involved with the Philippines and the ICM Banquet provided them an opportunity. Stella recalls, “When the pre-school program was introduced, we just looked at each other and knew immediately it was for us. It was a good time to get involved in initiatives targeting the poor in the Philippines, and to expose our son, Jacob, too.”  That is how they started sponsoring an ICM kindergarten, which was named the Jacob Schapero Kindergarten.

Over the last six years since that 2007 banquet, the Schapero’s have visited the Jacob Schapero Kindergarten at least 10 times. The first visit wasn’t so easy on young Jacob. Stella remembers “Jacob initially reacted with trepidation and then horror that people were living in such seemingly deplorable conditions. However, quickly he became more empathetic and thought of simple ways to help, for example, soliciting various dental hygiene supplies and commodities for the preschool kids.”

The Jacob Schapero Kindergarten has provided Jacob the opportunity to explore and learn social responsibility. Jacob organizes the donation and delivery of tooth paste and toothbrushes to the school,  as well as the Kindergarten’s Christmas party.  And most recently, he solicited a reconditions laptop from a charity at his school for the community pastor who was delighted and amazed.

Stella shares her insights on the effect the family’s long term involvement with the Jacob Schapero Kindergarten has had on Jacob, “ICM has grounded him somewhat, allowing him to appreciate what he has, as well as motivating him to find ways to assist impoverished people.”

During the summer of 2013, Jacob used his videography talents to share his involvement with ICM and to encourage others to become involved. Using a title many teens can identify with, “View from a messy bedroom,” Jacob shares how the Jacob Schapero Kindergarten has woven itself into his family and the impact that being involved in ICM has made on him.

Thank you, Jacob, for this video, your impact on the lives of hundreds of children. You are making a difference.

View from a Messy Bedroom by Jacob Schapero 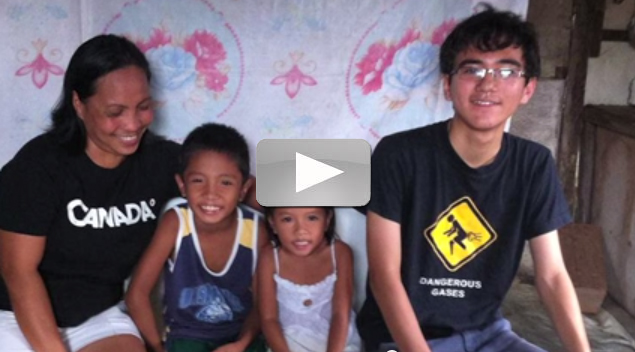