Survivors pick up the pieces after Typhoon Odette

Typhoon Odette (international name “Rai”), the strongest typhoon to hit the Philippines in 2021 carved a trail of destruction across a dozen provinces in the central Philippines when it made landfall on December 16, 2021. It left 407 dead, over half a million displaced, and US$176 million worth of damage to livelihood and infrastructure.  A month after the typhoon, provinces are far from recovered. Power is still out across entire provinces, and communication is still difficult, especially in remote communities.

The typhoon affected International Care Ministries (ICM) bases in Visayas and Palawan — both ICM staff and the ultra-poor with whom it works. ICM is a non-profit organization that has served those living on less than US$0.50 per day in Visayas and Mindanao for almost 30 years. Through those years, the organization has seen its share of natural disasters, but Typhoon Odette has been one of the worst. 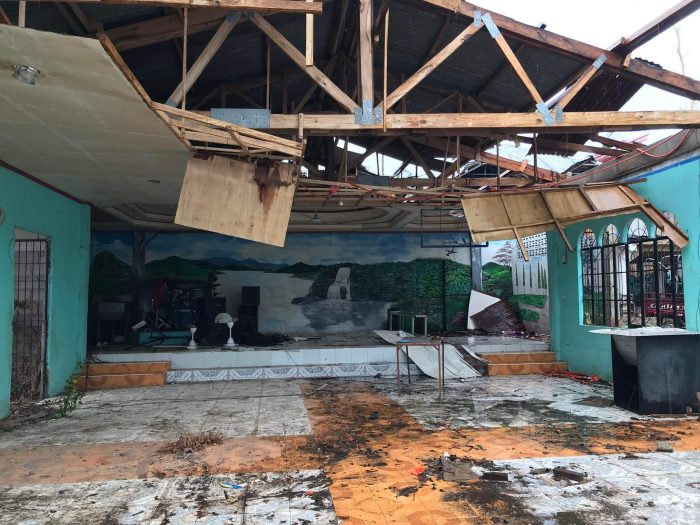 Assessing the scale of the damage among ICM’s 12,000 community partners has been challenging, but slowly, data reports and requests for aid are being sent. Many are bleak, mixed with hope and gratitude, painting a picture of great need — both for immediate aid and long term support. In the first weeks after the typhoon, ICM received requests from 52,864 families in need of assistance, but anticipates much greater needs as communication is restored.

Hundreds of ICM field staff were also affected by the typhoon, their own homes damaged or destroyed. Despite their own challenges, local staff immediately responded to help others in need, assessing the damage and reaching out with food relief from their pre-existing stockpiles. In the first weeks after the disaster, ICM staff distributed 1.5 million meals to those in need.

Stories from the Field

An ICM staff sent this message days after the typhoon, “I am asking for prayers for my family. They are starving right now in the streets waiting for donations. Typhoon Odette washed away their house. As of now, they are staying in the streets waiting for help from cars passing by. It really breaks my heart. My sister has lost hope; she began to walk into the ocean to die. Thank God that her son pulled her from the waters before anything worse could happen. Please pray for my family.”

“Many typhoon victims are still standing by the roadside at 7PM,” Xavierry, a savings group coordinator, reported. “They are waiting for a chance to receive relief goods so that their family members can have food to eat and clean water to drink.”

A former ICM staff member who is volunteering during distributions said, “Every time I see people who lost their homes out on the streets running after a vehicle which they thought might have something for them, it makes my heart bleed. We can only do so much and there are still a lot of families who need clean drinking water and food that we haven’t reached out to and helped. I am here because of that, and will continue to volunteer to help.”

Alexander Sacay, ICM’s Bohol Area Head in Bohol, one of the worst-hit islands, said, “Today we were able to travel to our branches to check on them. My heart was in deep sorrow seeing their houses and churches crushed by the typhoon. But I can see hope in their faces. Just seeing us makes them happy and hopeful — just seeing us made them feel better. Now we’re just hoping we can help as many people as we can.”

ICM’s relief operations continue as donations and supplies come in. Community partner pastors alert the organization through REDI (Rapid Emergency and Disasters Intervention), ICM’s SMS hotline. They report exactly where families are in need, and how many, so that ICM’s field staff can verify the reports and tailor their response to the specific localized scale of damage.

Eventually, immediate relief distribution will give way to helping communities rebuild their homes and church buildings. ICM also plans to provide its Recover program to 150,000 people in the next six months to build resilience and help families to restart businesses, savings and income-generating initiatives.

To learn more about ICM’s work and relief efforts for ultra-poor families recovering from the aftermath of Typhoon Odette, go to www.caremin.com/odette-response.