Hope in the Time of Ebola

A few months back, the world was rocked by reports about the Ebola outbreak in Uganda. The disease has left many people in distress, fearing for their lives and their loved ones’. The ebola virus that originated in Sudan has affected several Ugandan districts, and one of the last reported cases was a stillborn male delivered in late November.

Some reported symptoms of the Ebola virus include fever, muscle and joint pain, weakness and fatigue, sore throat, and loss of appetite. The disease can be transmitted through blood and body fluids, objects contaminated by an infected person, and infected fruit bats or non-human primates.

Ebola is a serious and life-threatening disease, and the ultra-poor are among the people most vulnerable to the epidemic—not only physically but also emotionally and financially! To help the ultra-poor amidst the outbreak, International Care Ministries’ health trainers have raised awareness on how to prevent the spread of the disease. 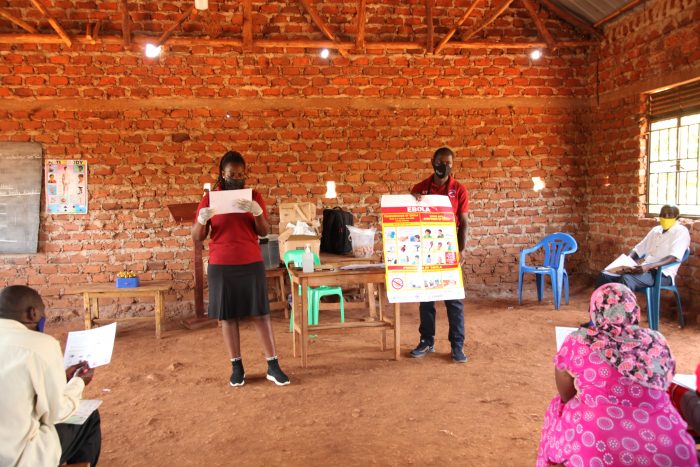 Aside from conducting information sessions in 40 Transform communities, ICM started a live radio broadcast that ran for seven days on Radio Kiboga. The initiative aimed to help the general public cope with the ongoing epidemic. Here are some of the comments from our health team:

“The poor people don’t know much about the disease since most of its signs and symptoms are like any other common diseases like malaria and dysentery. Having a talk show on Radio Kiboga has allowed us to reach a wide range of people and tell them about this deadly disease, its signs and symptoms, and, most importantly, how to prevent its rampant spread.

I am excited and thrilled that through this, we have been able to inform not only 30 Transform participants in each of our communities but also the whole district, including the neighboring districts.” — Hope 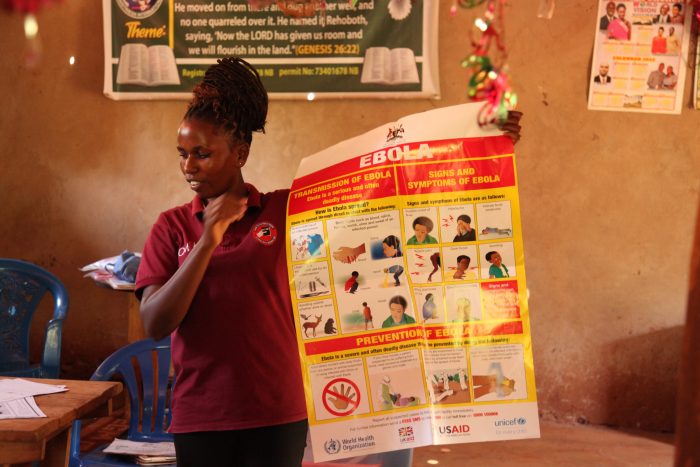 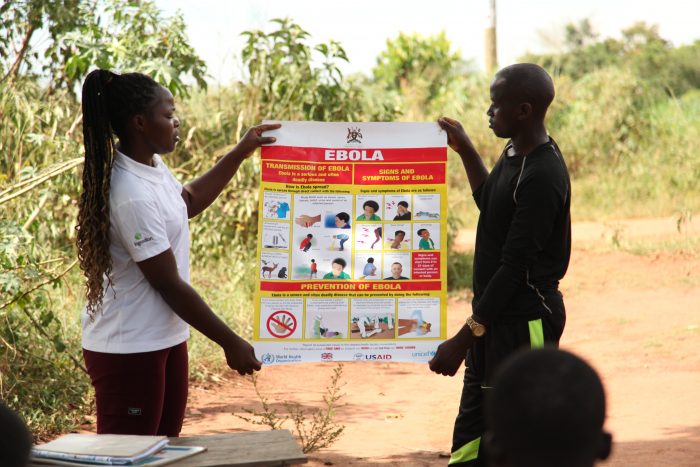 “The people were scared because they didn’t know what Ebola is, so they were very attentive and asked many questions. I believe teaching them about Ebola has helped ease the pressure. They now know how to protect themselves instead of being fearful.” — Annet

“As we teach about Ebola, we emphasize the use of tippy tap as the best way to protect themselves from the disease. I am happy that all our communities have tippy taps and they are practicing hand-washing” — Sonia

“The tippy taps have been very effective because they are one way of surviving Ebola. Some have heard about it, and there are many speculations about it; some even believe it’s witchcraft! But through our sessions, I have seen a change of heart.” — Carol

“At the moment, Ebola is a threat. They were eager to know what we have for them to address this matter. Because we are in a state of emergency, I saw them hungry for information on preventing the spread. I know they will survive.” — Gideon

“In some of our communities, the people knew about Ebola but didn’t know how to prevent it. I am happy because they are very receptive and are ready to do all it takes to ward off the disease.” — Phoebe

The epidemic in Uganda is not yet over, and lives are still at risk. Clinical trials of vaccines targeting the Sudan ebola virus are now underway, and it is hoped that it will have a quick and positive outcome. While vaccine trials are not yet finished, one of the best defenses against the disease is preventing its spread, and knowing how to protect oneself from contracting the virus is a big help! 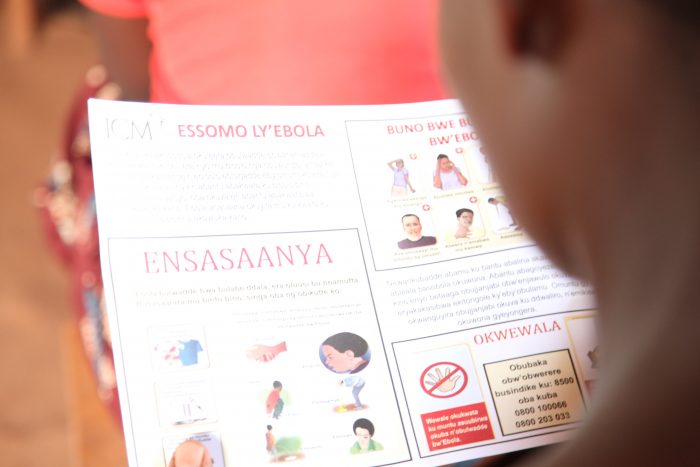 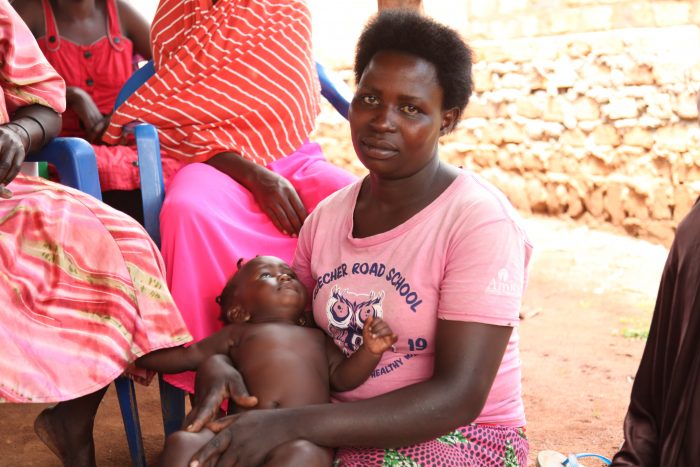 ICM’s health team in Uganda continues to disseminate helpful information not just for the benefit of our communities but also for everyone we can reach. With proper knowledge shared with the public, we are hopeful that our outbreak response can save lives.