Once you set foot in Negros Island, you often hear about the people’s staple food, Law-oy. If you ask a tricycle driver or a peddler in the streets about what most people from Negros eat, no doubt they would all shout “Law-oy!” in unison.

Law-oy is a simple but sumptuous soup served in most homes in Negros Oriental, a province in central Philippines. Ingredients may include okra, morinnga leaves, sweet potato leaves, eggplants, sponge and bottle gourd, squash, tomatoes, onions, and other vegetables you might want to add. Maybe even all of those veggies! It may or may not include fish, when available, to enhance the flavor. To make it, simply boil water, add in the ingredients and season to taste. Voila! You have an instant, homemade, affordable, and healthy soup that the family can enjoy.

My grandmother was the one who told me the backstory of this soup. In Negros, most of the families depend on farming to pay the bills. The vegetables from their gardens not only provide them with income but also serve as their food. People can easily pick vegetables from their backyard instead of buying them. This soup is often called “kalan-on sa pobre” which means “poor man’s food” because its ingredients are easily bought if not found in their backyards.

Because of its many health benefits, most towns in Negros serve it for the most important meal of the day. Throughout the years, Law-oy gained popularity because of those health benefits. Even restaurants now include it in their menu! Negros’ neighboring island, Panay, also has its own version of the soup. The Hiligaynon people called it Laswa. What makes Laswa different from Law-oy is that it has dried shrimp in it, but the vegetables in the soup is still the same.

Preparing this lovely soup is definitely not rocket science. It does not require a specific set of skills or for you to be a culinary expert. All you need apart from the vegetables is love: love for cooking and love for the people you will serve it to. That alone can satisfy the soul of those who eat it.

So when you do decide to come and visit Negros, don’t hesitate to ask anyone where you can eat this much loved dish. With this soup you get to experience the humble roots, exuding joy, comfort and love of a Negrense family. 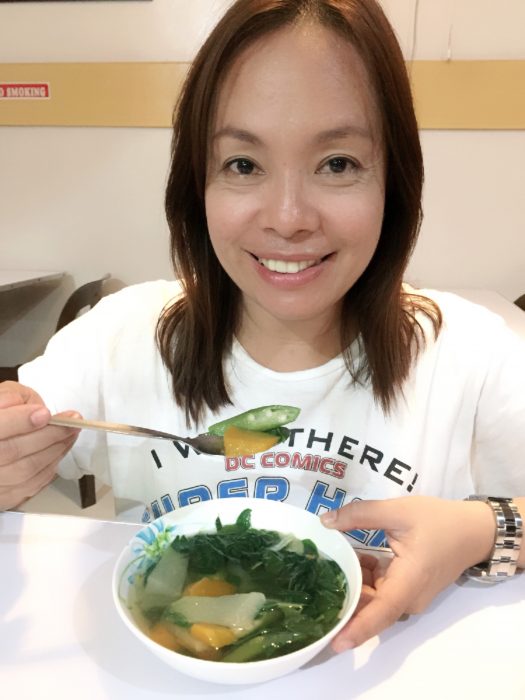