“I don’t know where to begin,” a survivor of Typhoon Odette in Siargao Island said to ICM Area Head Marites Petallar when she went there last week to bring relief and building supplies. Not even a single post of his house was saved.

More than a month since the supertyphoon made landfall in Siargao, the survivors are still picking up the pieces. Over 90% of the buildings and infrastructure on the island had been flattened when it was hit by 195 km/h winds and torrential rains on December 16, 2021.

“All the coastal municipalities were devastated,” Marites reported. “Only a few houses were partially damaged.” Even the capitol building, hospital, the Siargao airport, and other government buildings were heavily damaged. In General Luna, where Cloud 9 — the world-famous surfing destination — is located, the resorts and restaurants have been destroyed by the typhoon.

The residents of Siargao shared that they are happy if NGOs would directly distribute help to the communities because distribution had been slow through the local government. “My heart is in pain because there are a lot of people in need,” she said. 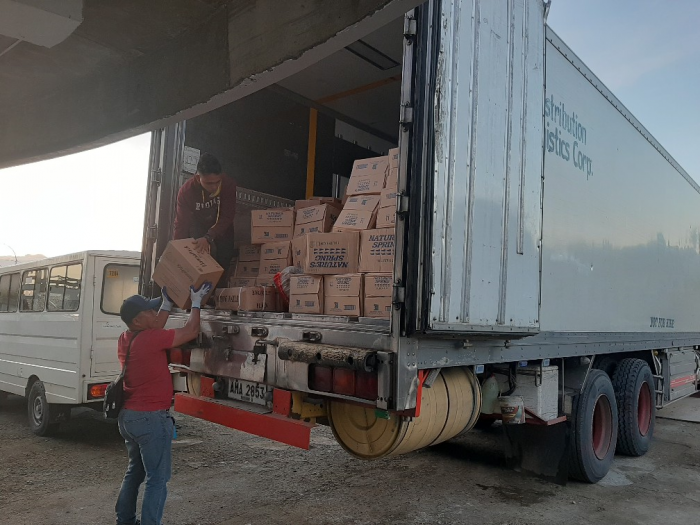 They arrived in Surigao City at 4 AM and met with Pastors Jun and Ronita of Assembly of God. They also visited one of the recipients of the roof material she had brought. 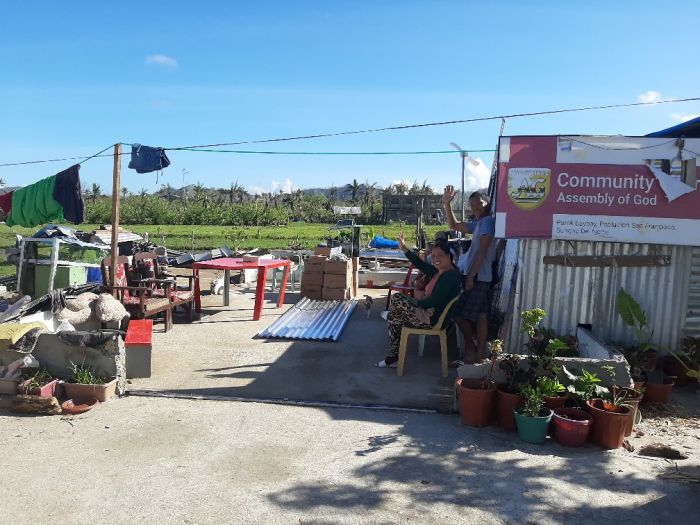 After the short visit to Surigao City, they made their way to Siargao. After several long delays at the port, they finally arrived at Siargao at 1 AM on January 13, but only docked at 7 AM. The team was hosted by the UCCP Church and assisted by the pastors who came to receive aid.

The Vice Mayor of San Benito, who had coordinated with Marites for the trip and helped ICM get in touch with the pastors on the island, also helped them unload the supplies (wearing a blue baseball cap and gray shirt). 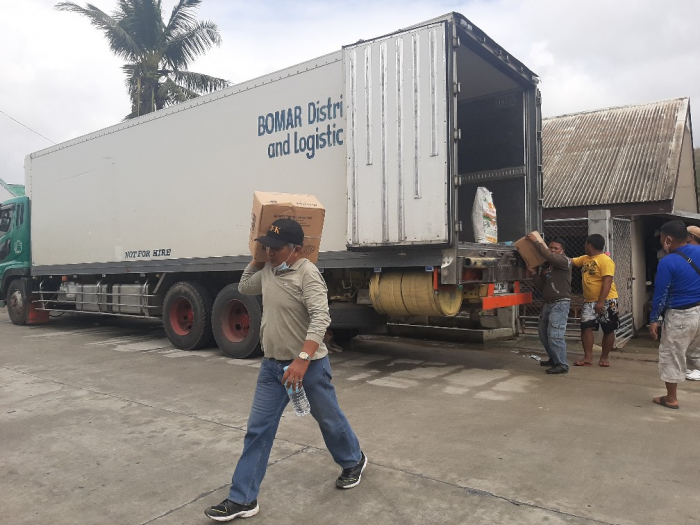 The ICM team distributed roof materials and relief goods to 37 pastors. “They were very happy and thankful for ICM because most of the help from other NGOs did not include roofing materials,” Marites said. 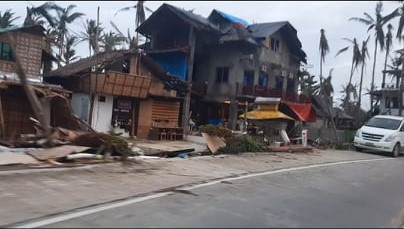 “Again, the devastation and the need is so overwhelming,” Marites continued. “But the pastors, who also suffered when their homes and churches were ruined, still find ways to help their congregation. I just pray that NGOs would not stop sending help early. Even if it was very difficult to cross the relief goods to the island, it was worth the trouble because of the vast destruction of Typhoon Odette in Siargao.”

Help ICM lift Siargao and the rest of the affected areas from this tragedy. Donate to ICM’s relief efforts here.