Three Filipino artists have teamed up to raise funds for ICM’s Seeds of Hope for the poorest of the poor in the Visayas and Mindanao. Three distinct styles of manipulating paint for one purpose, the exhibit, entitled “Point: Counterpoint” features established artist Perfecto Palero Jr. with Stella Tansengco-Schapero and Jo Uygongco.

This art fundraiser was conceived by Stella and Jo, who reached out to Susanne Tiausas of Art Lounge Manila and Nico Teotico of Galerie Joaquin. These friends have supported ICM’s work for many years. A generous portion of sales will be donated to ICM for its Seeds of Hope work. During this pandemic, ICM has delivered over 14 million meals to over 3.5 million Filipinos so far. ICM has gone a step further by distributing 350,000 gardening kits (over 130 million seeds) to help families grow their own food. 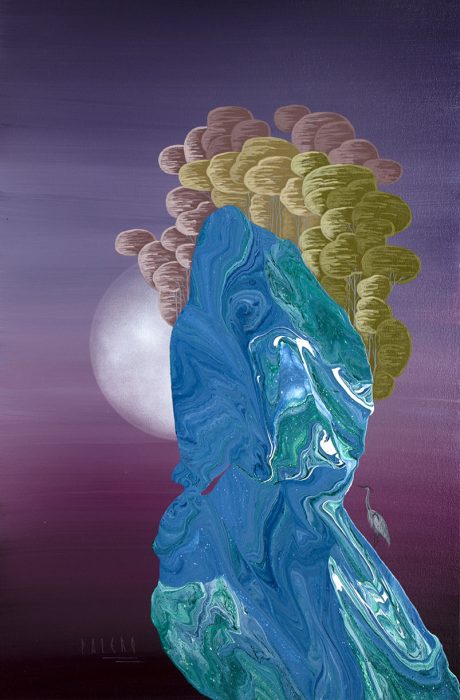 PALERO’s ethereal landscape paintings capture a fascination with nature’s subtle color changes. Palero was a semi-finalist at the 2010 Metrobank Arts and Design Excellence (MADE). Since his first solo exhibit at the Philippine Heart Center in 2014, he has had numerous solo exhibits including “Bejeweled Landscapes” in June 2019 at Galerie Joaquin. A substantial number of his works are prominently showcased at the Best Western Premier F1 Hotel in BGC. 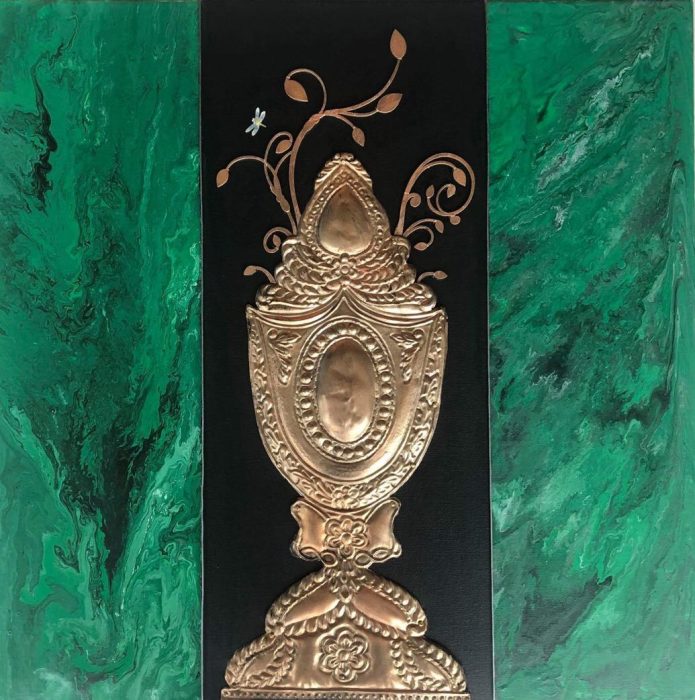 STELLA’s mixed-media assemblages balance antique and craft found objects to evoke the colors and textures of 19th/early 20th century. These square paintings are inspired by square brooches designed by the Austrian architect and Weiner Werkstätte co-founder, Josef Hoffman (1870-1956), a recurring inspiration since she first saw one at the Neue Galerie in NYC in 2008. She manipulates paint to create faux semi-precious stones on canvas. Stella had a solo exhibit in Manila (2009) and regularly participated in several Pintura Circle group shows in Hong Kong. 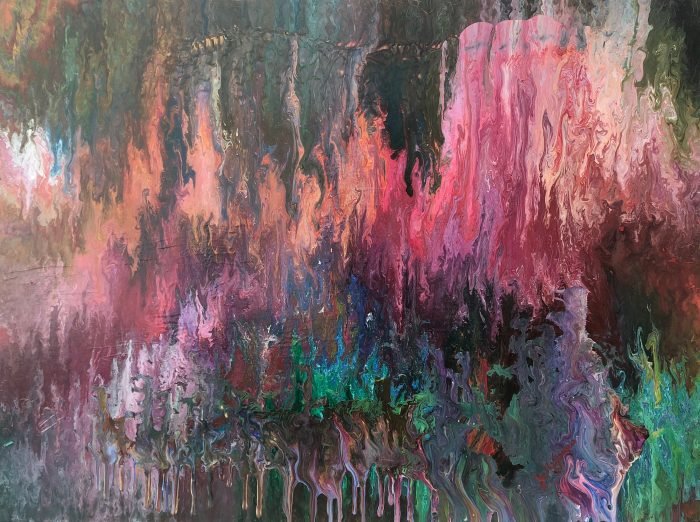 JO’s marbling technique allows the slowly coagulating pigments to merge lava-like, to create colorful more abstract works. The paint flows slowly; meandering as if mindfully seeking a final destination. Jo has had paintings juried in into Fabriano in Aquarello/Watercolor in 2018 and 2019 in Italy; six IWS biennale exhibits in the past four years (Hong Kong, Albania, Indonesia, Bangladesh, and Nepal); and the IWS-Philippines Watercolor Convention and Exhibit in GSIS Museo ng Sining in 2017 and 2018. Jo has participated in ten group art shows since 2015 and conducts Intuitive Art workshops.