A partnership between the Philippine government and International Care Ministries (ICM) has delivered life-saving food relief to 18,306 children during the COVID-19 community quarantine 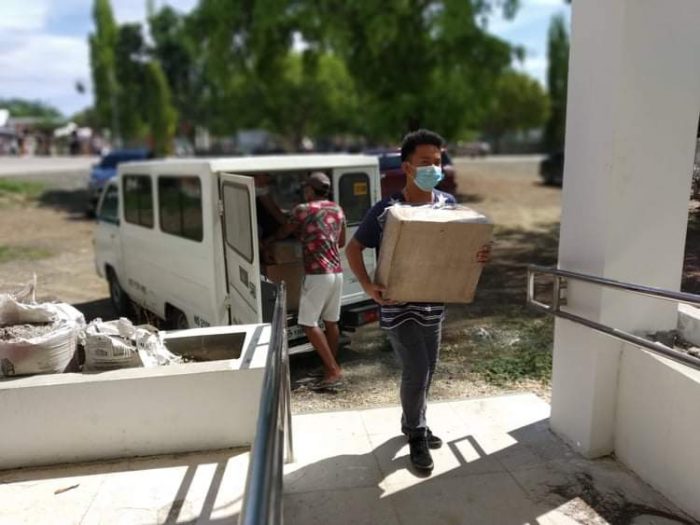 The NGO leveraged a network of pastors and connections with hundreds of local government units to identify malnourished children. They then delivered a specially formulated food-treatment, provided by the Department of Health (DOH), which quickly and safely helps children to recover to a healthy weight.

Reports of hunger and malnutrition across the Philippines have been on the rise since the nationwide implementation of the COVID-19 community quarantine. Approximately 30 million people living in poverty are struggling with hunger. Malnutrition among young children was already a problem before the pandemic, but now millions of more children are at risk.

“Many agencies of the Philippine government have been acting heroically to help the poor,” ICM CEO, David Sutherland, said. “But in a country of more than 100 million people on more than 7,000 islands, gaps are inevitable. That is where ICM comes in.” 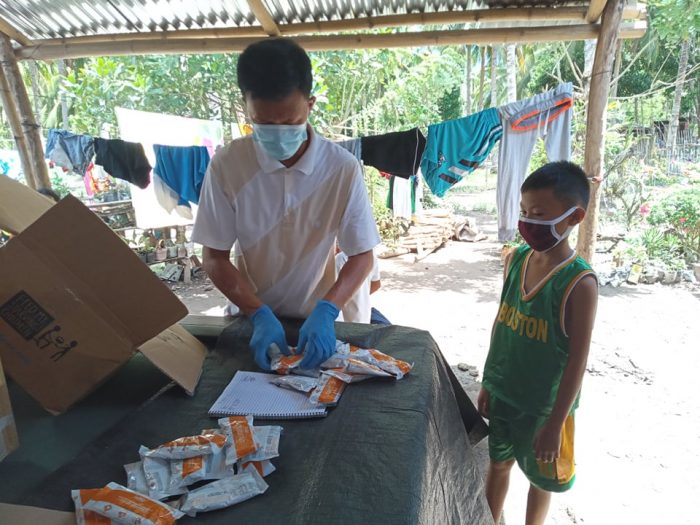 International Care Ministries is a faith-based NGO operating in the Philippines since 1992 in the Visayas, Mindanao, and Palawan. ICM’s built-in network of 10,000 partner pastors and hundreds of DOH-trained base staff was critical to the organization’s quick pivot from poverty alleviation to the more urgently-needed relief distribution.

ICM’s network and expertise were crucial in DOH’s decision to partner with ICM to distribute 5,227 boxes of Ready-to-Use Therapeutic Food (RUTF) and Ready-to-Use Supplementary Food (RUSF) to treat malnutrition. This food was worth more than 30 million pesos.

Within a month — despite the challenges the community quarantine presented — ICM has distributed 91% of the RUTF and 86% of the RUSF to 22 provinces, 127 municipalities, 23 cities, 244 individual barangays, 61 barangay clusters, and other partners. Nearly 20,000 clinically malnourished children received more than a month of this special food, enough to bring most of these children back to normal weight.  In addition to the food distribution, ICM’s staff also conducted training for the regional healthcare workers on how to use the RUSF and RUTF.

Ester, mother of 9-month old Angela in Bohol, was one of the recipients of the food. She shared, “When this quarantine was implemented, I really faced challenges like where to get food for my family and for Angela’s supply since she is malnourished.” After a month on the RUTF, Ester observed positive changes in her daughter. “Angela is improving and recovering. She has gained weight, eats a lot, and she is starting to take small steps.”

During the COVID-19 pandemic and subsequent quarantine, ICM leverages its Rapid Emergency and Disaster Intervention (REDI) that connects 10,000 pastors in Palawan, the Visayas, and Mindanao. This system enables ICM to deliver supplies to communities that need them the most. So far, ICM has been able to distribute more than 14 million meals, over 100 million seeds, 500,000 bars of soap, and more than 300,000 booklets on COVID-19, reaching and helping over 3 million people.

International Care Ministries (ICM) is a faith-based NGO with a mission to free the Filipino ultra-poor from the bondages of poverty. Operating since 1992, ICM has graduated over 1.4 million Filipino family members from its four-month anti-poverty training program called Transform. ICM  has 500 full-time staff (98% Filipino), primarily located in twelve bases in the Visayas and Mindanao. Field bases are supported by the national program office in Manila. For more information and to donate, visit www.caremin.com.