When we stepped off the ferry, a crowd of tricycle drivers were waiting to offer their services. An ICM van was waiting for us, though, and whisked us away to our hotel. During dinner that night, we got to see the ICM choir kids perform, decked out in Filipiniana dresses and barongs. The performance alternated between singing and showing a video about their lives and the making of the ICM choir. When the last song was sung, the kids joined us for dinner. I made the whole table laugh when I tried out some Ilonggo words. My pronunciation could use a little work, I guess. 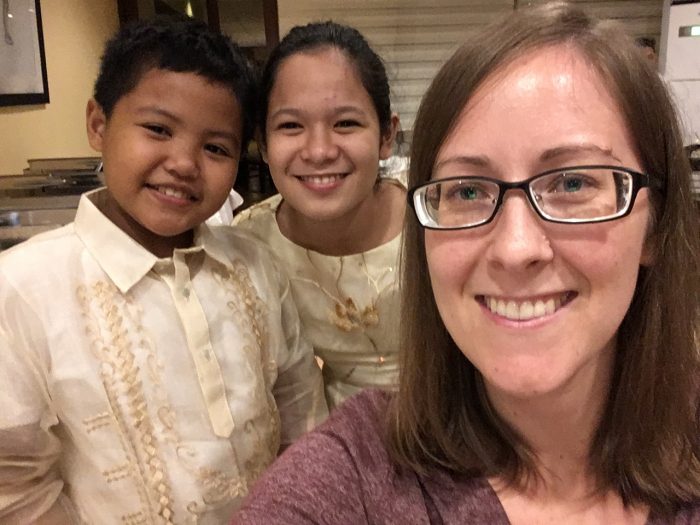 Bright and early the next morning, we headed to a seaside slum. A partner pastor was our guide through the twisty maze of buildings as we visited a few families that benefited from ICM programs. The plan was for us to observe a Family Academy lesson where an ICM trainer would work with a parent and child together to prepare the child to start school. The goal of FA is to empower parents to be their children’s first teacher and support them as they study.

We were led to a wooden stilt house perching precariously over the sea. I watched the others in my group carefully pick their way across a rickety bridge to get to the house. When it was my turn, our trip leader stopped me. If our whole group went into the house, they were afraid that the house would collapse! 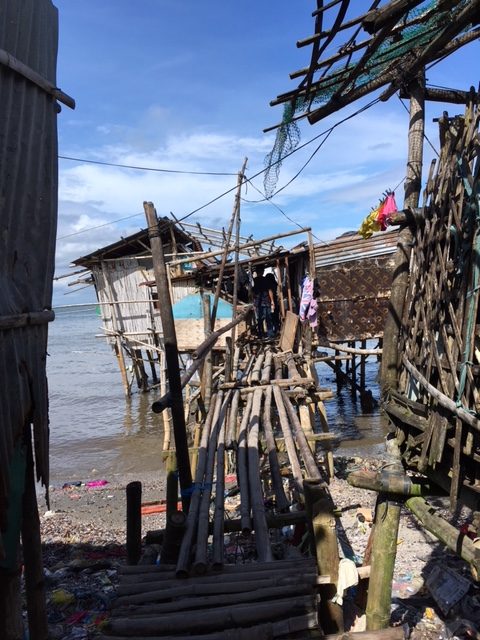 The house didn’t collapse, thankfully. When my group returned, we were off to another community, this time in a city slum. One participant had agreed to let us observe a house visit, so we followed a trainer down a path next to a canal till we reached the house. The mother told us that just last week the house had been blown down in a storm, and her husband had rebuilt it using scrap materials. He had added a nice, metal roof that would keep them dry in the next storm, but they had to take out a loan to buy the roofing material. When she told us what her monthly payments were, we realized that by the time she paid back the loan, she will have paid double what she borrowed. But with no bank nearby, they had no choice.

The next day we visited another Transform program, but that time we had to teach the lessons! The trainers had prepped us on how to teach and were there to translate for us (probably adding everything we missed). My coworker Oswald taught on “Hygiene in the House” while I demonstrated how to make banana cakes. Disaster almost struck when the portable stove we had brought wouldn’t work. Luckily, someone in the church had been cooking something on their coal fire, so they just removed their pot and put ours on it. Quite a few members decided to sign up for a banana Business-in-a-Box, although I’m not sure it was due to my teaching! 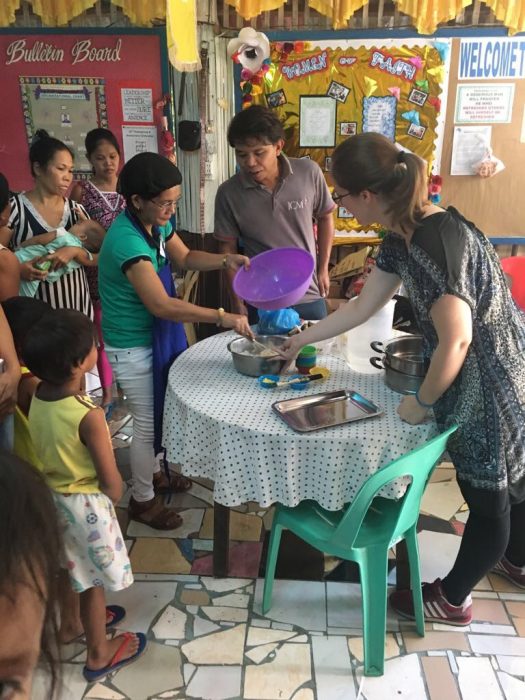 After that, it was time to go to the airport and head home. I came back with a few souvenirs and Filipino snacks, but more importantly with a better understanding of how ICM works.

It’s one thing to read a pamphlet about how the programs run, but it’s another thing to carry a scale through the alley-like streets to weigh children to see if they’re still malnourished. It’s another thing to see container gardens and know that those vegetables will fill out plates at dinner. It’s another thing to meet a woman being taken advantage of because of her need for shelter and lack of options to get money. I will always remember shaking hands with pastors who could have taken better jobs and earned more money but instead have decided to live among people who need help and hope.

Words are a poor substitute for experience. If you have the chance, why don’t you go? Hear the choir sing, eat the banana cakes, walk through the villages. And more importantly, see how people are discovering hope and communities are changing.