Amie wasn’t convinced that attending an ICM Transform program would benefit her. She expected the Transform program to be filled with a few ineffective lectures and a bit of cash distribution and to have no lasting worth.

After starting the Transform program, Amie’s early fears were proved wrong and she realized her perspective and attitude had shifted. “My neighbor told me that I’ve completely changed,” she says.

Amie’s life has been difficult. Coping with trying to raise a family while living in poverty is challenging enough, but Amie’s husband was addicted to drugs and unfaithful to her. After seeing Amie benefiting from the Transform program, her husband began attending the sessions as well.

“He used to be selfish but has now turned away from all his vices to focus on our family,” Amie recalls, with a smile forming on her lips. 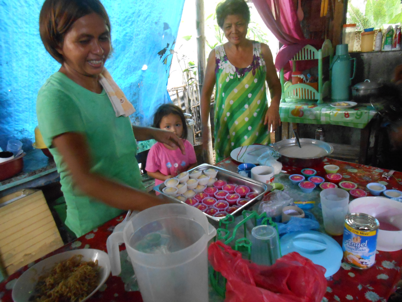 Amie’s relationship with her children has also improved – she now controls her temper, praising and acknowledging their good efforts more regularly. As a consequence, she has seen positive results in their behaviors. “Before Transform, I didn’t value my family as much as I value them now,” she comments.

Together with her husband, Amie cooks and sells puto cheese, sweetened banana and hot cakes as well as Buko (young coconut) juice, earning PHP800 (US$17.8) a week for the family. Her reputation is growing and many friends contact her to request snacks for special occasions.

Having learned in her Transform classes about the need for hygienic living, Amie is currently saving money to build a private toilet for her house. “It’s difficult to use a common toilet shared by everyone in our community,” she says, and she is also planning to purchase her own electricity source.

In the short term, Amie aims to extend her business by opening a tuck shop in her children’s school and she has already purchased extra utensils and other equipment to improve her efficiency. 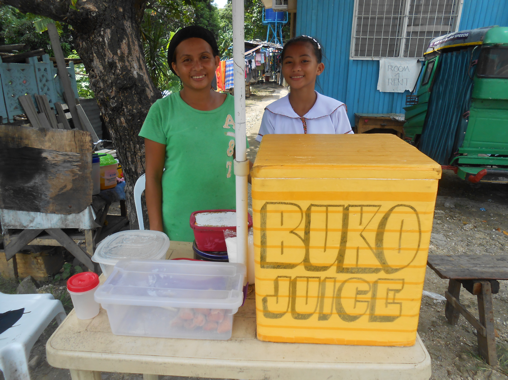 Transform has given Amie much more motivation. She has improved her relationships with her neighbors, sharing with them by letting them borrow informative leaflets, and demonstrating useful practical skills. She now has the tools to overcome her weaknesses, one of them being impatience, and is keen to deal with any problem in the right way. “More power to ICM and the sponsors who continue to support us,” she says gratefully. “Transform has added extraordinary learning to our lives.”