‘Coins for a Cause’

Last December, long-time ICM supporters Kellett School held a ‘Coins for a Cause’ drive that will help dozens of children in the Philippines get a head-start on education.

As part of a series of fundraisers to help pay for Kellett’s ICM Jumpstart program, which they have sponsored for the past eight years, students at both Kellett campuses were encouraged to donate spare change throughout the month to the funding of the ICM kindergarten. 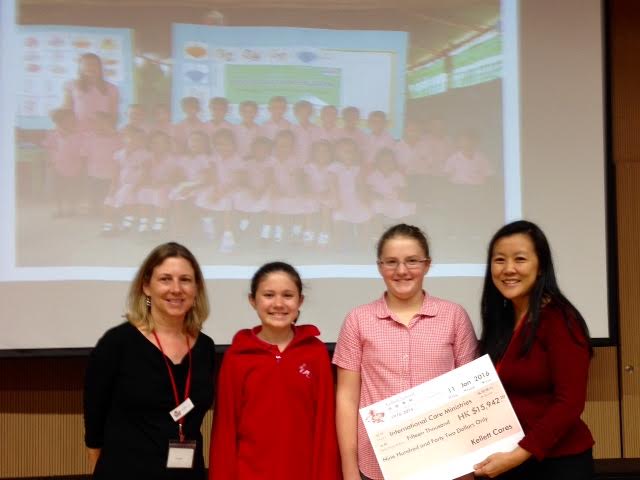 Kellett students and Joanne Laufer, Head of School for Kellett’s Kowloon Bay campus present  ICM’s Nicole McPherson with a cheque made out for $15,942

The total amount raised at both campuses is yet to be confirmed, but the Kowloon bay campus alone raised $15,942.

We continue to be inspired by Kellett’s faith in ICM and faithfulness to their kindergarten!