TOMS “One for One” Movement Reaches ICM Jumpstart Students 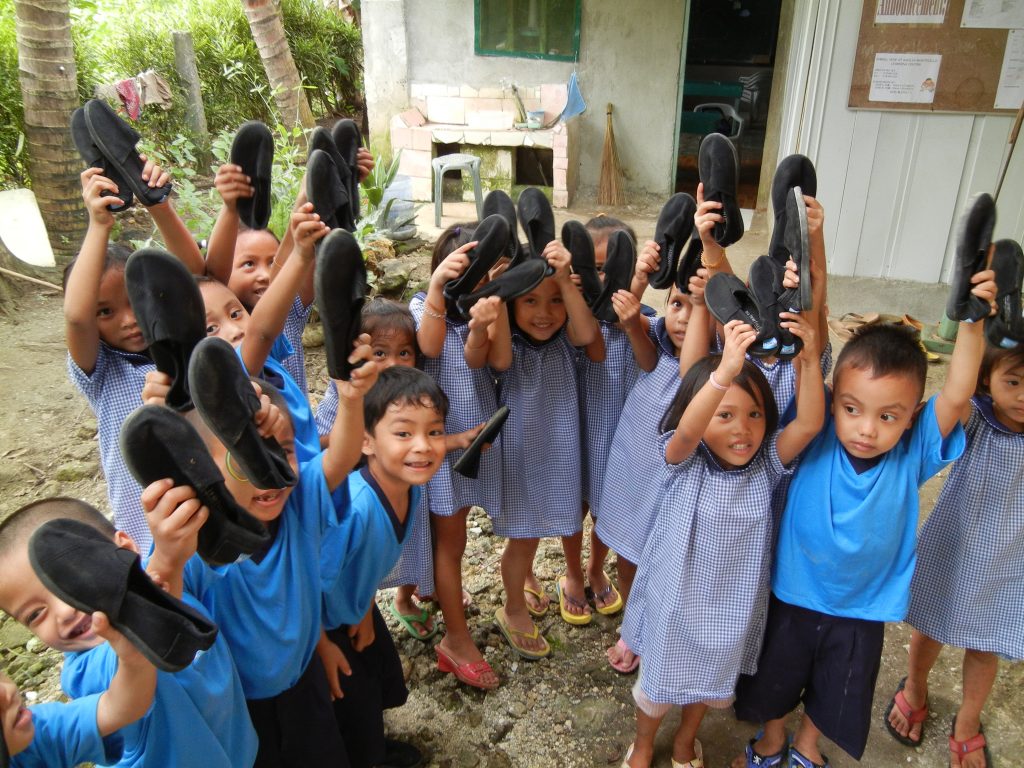 The recent TOMS shoe drop to all ICM Bases in the Philippines was a cause for great excitement for many ICM recipients.  TOMS, a US-based shoe retailer, developed a “One for One” movement that has provided ten million new pairs of TOMS shoes to impoverished children in over 60 countries since 2006 simply by giving a poor child in need a new pair of shoes for every pair of TOMS shoes purchased by customers.  As TOMS recognizes, “Shoes help protect children’s feet from cuts, infections and diseases. When children are healthy, they can attend school, fight minor illnesses and grow up to reach their potential.”

Recently qualifying as a TOMS Giving Partner, ICM just received its first batch of 10,000 pairs of TOMS shoes to distribute to our recipients. ICM’s Jumpstart kindergarten students were thrilled! Most children in ICM’s impoverished areas rely on donations of second-hand shoes; new shoes are simply beyond their means.  Sandals and flip-flops are also common, but offer little comfort and no protection. For many of these children, this is the first pair of new shoes they have ever owned!”  – Reported by Mark Christopher Rosal, ICM Bacolod Communications Officer

We are excited to share a few of their stories with you: 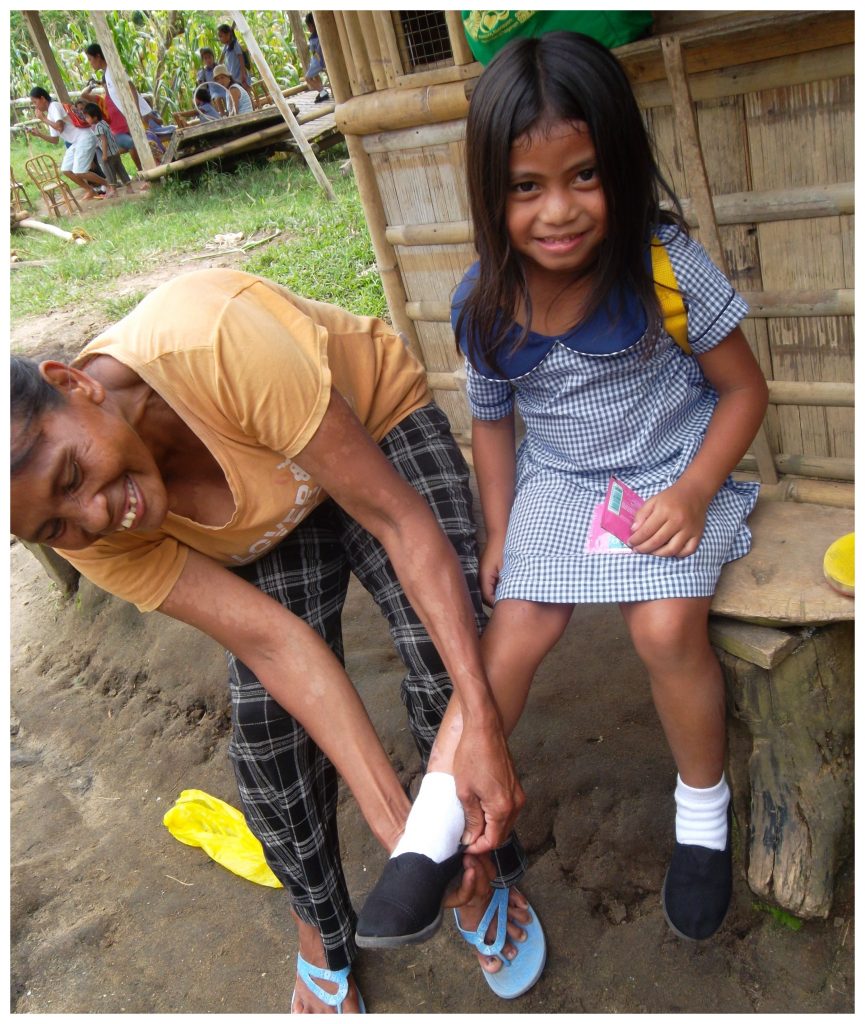 Mrs. Kinab is a 46 year old mother of five children in Lake Sebu, South Cotabato. She is the mother of Kinslee Sinangayan, a kindergarten student in the Tboli tribe village of Lake Seloton, Lakesebu South Cotabato. She joyfully expressed her thankfulness in receiving the new pair of shoes for her daughter.

“I could not afford to buy a pair of shoes for my daughter. Our money is only good for our daily needs like food. It is my daughter’s first time to wear shoes. It has been my desire to buy her one but I never got the chance to do so. Thank you ICM, Thank you TOMS shoes, my desire has been fulfilled through you!” said Mrs. Kinab.  – Reported by Jade A. Sumalinog, ICM Koronadal Communications Officer 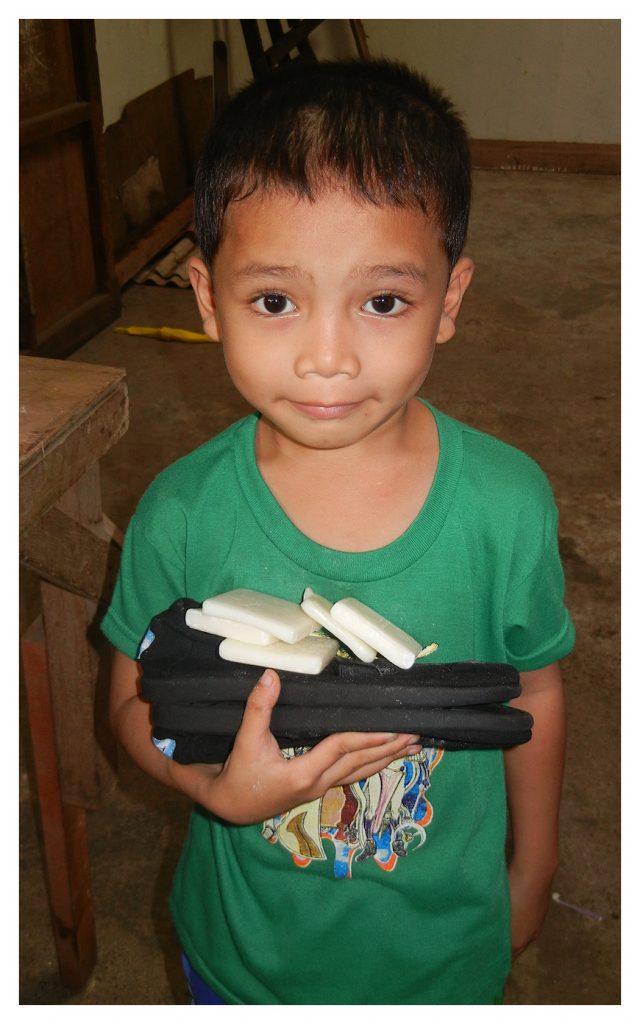 Six-year-old Joshua Macadildig was born behind bars to a mother convicted of child mistreatment. Joshua was in foster care until the age of one when his grandmother Rosita was able to take him in and raise him.  At 60 years old, Rosita struggles to keep food on the table much less meet any of Joshua’s other needs.  Rosita relies on hand me downs and gifts from relatives to get by.  Joshua attends grade 1 at Estaka Elementary School in Dipolog City.  As a former ICM Jumpstart pupil attending Gumamela Learning Center in Bolicon Turno, Dipolog City, Joshua was eligible to receive a pair of TOMS shoes during the recent shoe drop.

“I’m very thankful to TOMS and ICM,” says Rosita. “This may be just a pair of shoes, but for my grandson, it’s like treasure. We’re very poor and for us, a decent pair of shoes is a luxury.”  The huge smile on Joshua’s face when he tried his new shoes on for the first time said it all.” – Reported by Erica B. Gurdiel-Etbew, ICM Dipolog Communications Officer 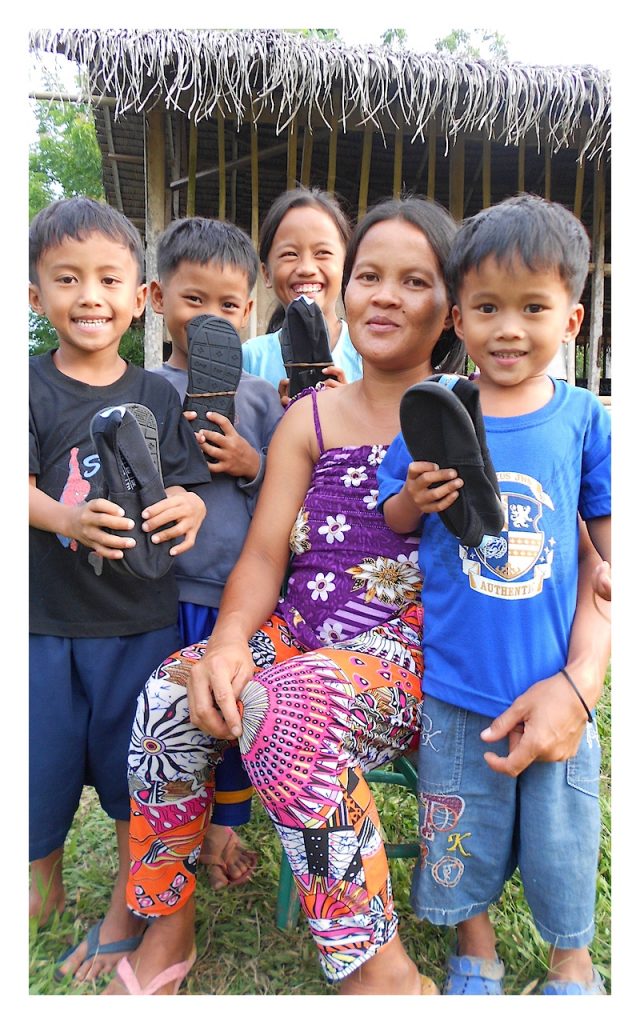 Charly Balila is from a large family.  They only rely on his father’s small monthly income of P2,000 as a day laborer (US$46/month). This money is only allocated for food and other expenses like schooling (6 out of 8 children in the family were schooling); things like shoes were not given priority for the children. Charly’s mother, Doña was so grateful because four of her children received TOMS shoes. Charly is a Kindergarten recipient from Shining Stars Kindergarten and her siblings are ICM Elementary Scholar recipients.

“Thank you for the kind hearted organization like yours (TOMS) who is dedicated to help others in need” the mother said. “We will never repay your good deeds but surely this will help to inspire my children to study more and goes to school happily” she added. A shoe is just a simple thing but to those who hardly had this stuff, it is something. – Reported by Bernard Bocado, ICM GenSan Communications Officer

Six-year-old Jona Balasiw walks with his mother for more than an hour to get to school, crossing two rivers on the way. Sometime he doesn’t have any shoes to attend school so he doesn’t go. Because he walked barefoot to school with nothing to protect his feet, Jona has developed a skin disease that is noticeable on his lower legs and feet. This pair of TOMS shoes is so important to Jona.

Jona’s mother, Lailene said, “I am so glad that you have provided shoes for my child, Jona.  Thank you TOMS for giving us this gift!” – Reported by Rossengel B. Pareda, ICM GenSan Communications Officer 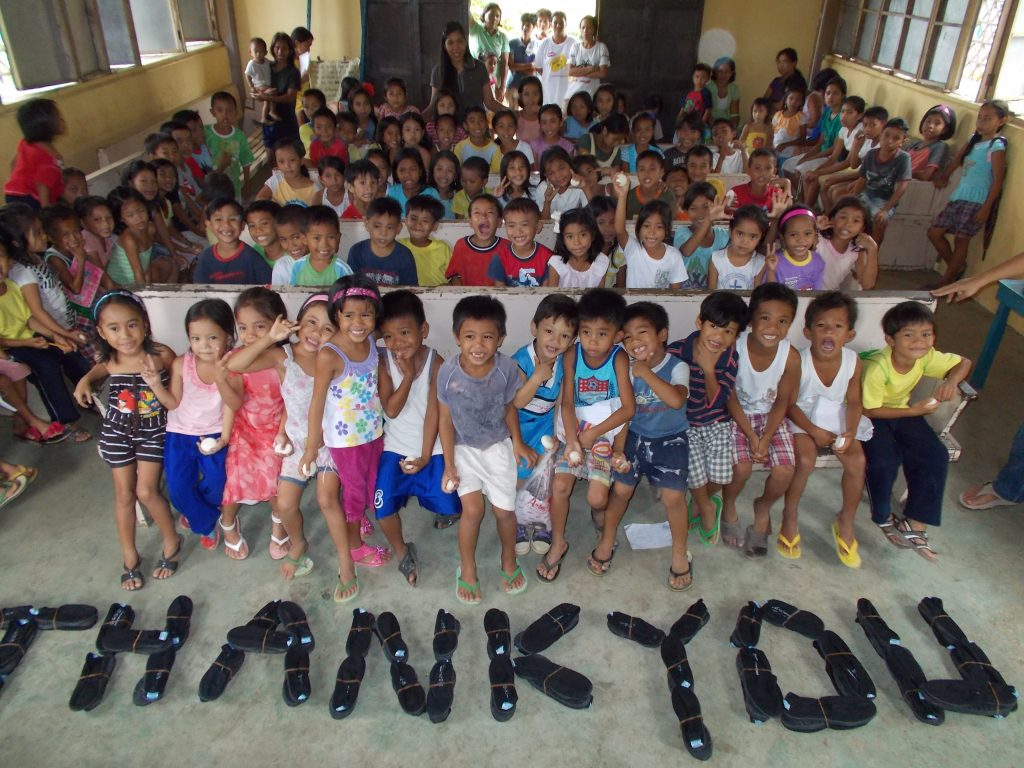