Bankers on Detention: A Big Success!

At the cozy Classified restaurant in Hong Kong, eight-year-old teacher, David Paul from Bacolod City strutted his stuff. His ‘students’ for the day – a group of 19 sponsored bankers – paid full attention to his every word. The goal for the night was to raise US$100,000 to pay for scholarships for ICM’s 4,245 preschool graduates to attend Philippine public schools for a year.

Along with his two teaching assistants, Deanna Sutherland and Julie Turner, David Paul led the class through a variety of activities including role call, lines and a quiz. David Paul’s students were more than happy to play along and do what their young instructor asked them to.

The biggest crowd pleaser was the quiz about banking quotes. It ended with the young teacher awarding the highest scoring student (Kalpana Desai) with a gold star and the ‘dunce’ of the day (Michael Connell) with a dunce hat. The event ended with the students writing postcards to some of David Paul’s real classmates in the Philippines.

On the whole, the night was filled with a lot of laughter and fun.  But the best news of the evening – early results indicate that ‘Bankers on Detention’  will raise over US$200,000!  Thank you to the bankers who sat in detention, their sponsors and Macquarie Group Foundation, for supporting the event. 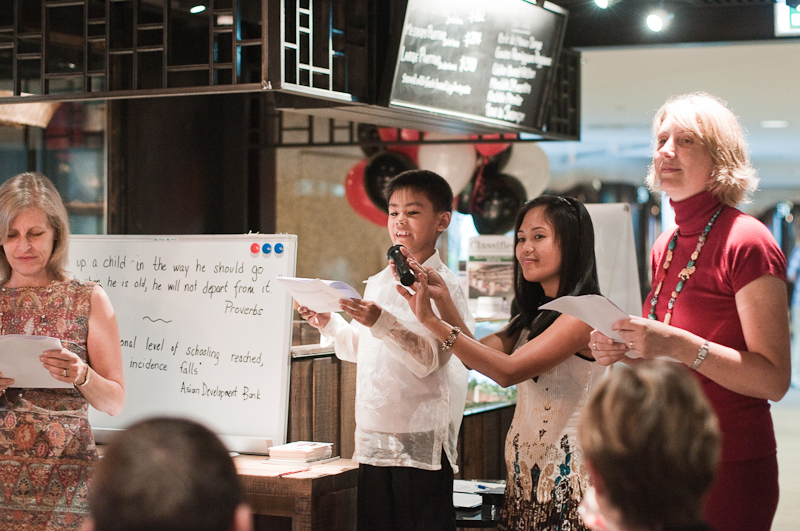 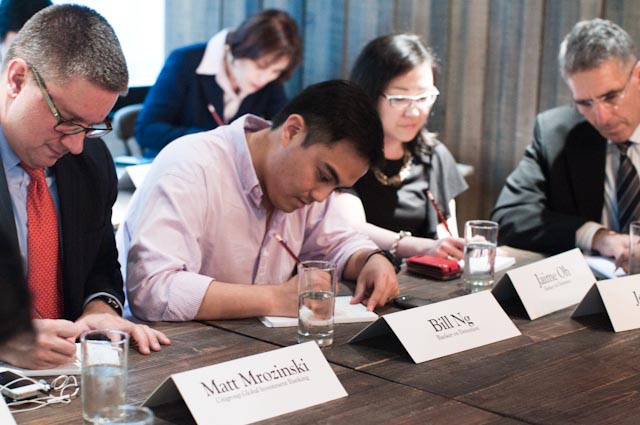 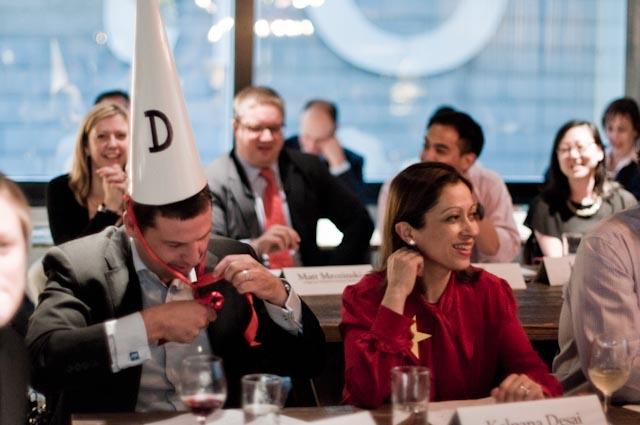 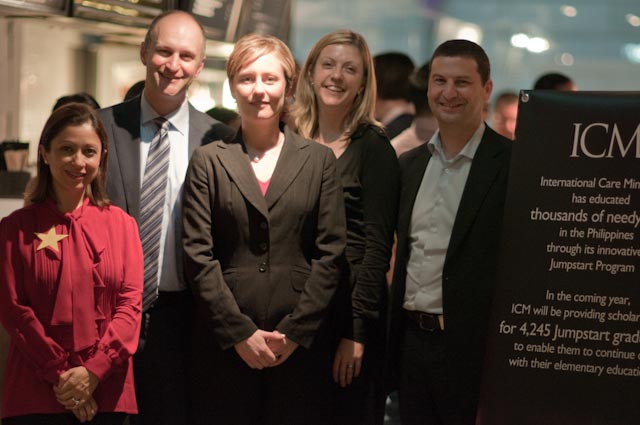 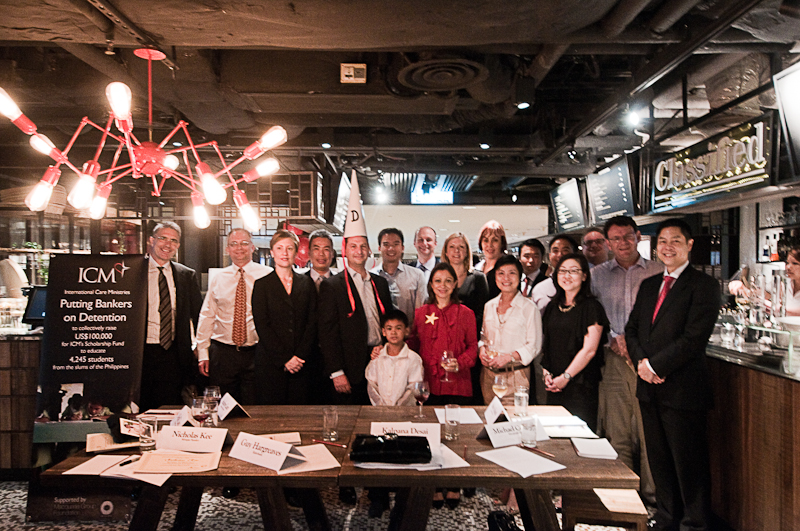 2 responses to “Bankers on Detention: A Big Success!”